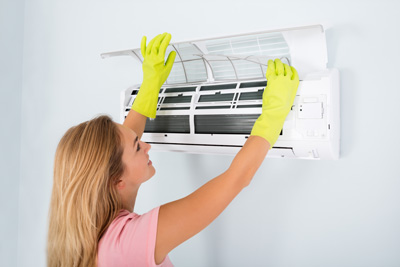 Air conditioning odors may indicate a number of problems. In most scenarios, there’s no need for alarm. Even so, you may need to clean the HVAC and air duct system. We’ll go over some of the common odors and what they mean.

Do you detect a musty smell not unlike sweaty body odor? This may be a sign of mildew or mold inside the HVAC. During the dehumidification process, moisture collects in the air filter and duct-work. Mold can grow in as little as 24 hours if the moisture does not completely evaporate.

Address this problem by calling in a professional to change the filter and inspect the drain pan to make sure it’s draining properly.

Does the odor have a tangy smell, reminiscent of distilled vinegar? This may occur because the electric motor is emitting ozone. The smell is mostly harmless, but some homeowners with sensitivities may experience allergies.

You shouldn’t smell tobacco unless someone in the home is a smoker. Cigarette smoke residue can accrue in the coils and air filter. The odor likely won’t be noticeable to the smoker but will be obvious to non-smokers.

The odor of smelly feet or smelly socks likely means you have a blocked drain pan. This requires your immediate attention since a clogged pan leaves the AC prone to mold/mildew growth.

A rotting smell may be an indicator of a decomposing animal, likely a bird or rodent. A rotting animal corpse isn’t a health hazard, though the smell may make you a bit nauseous.

We’ll Clean the AC and Vents

The furnace and dryer vents can also cause less-than-pleasant odors. This is why you should call Aurora Edmonds Furnace Cleaning if you notice any abnormal air conditioning odors or other unusual smells.

Leave Us A Review 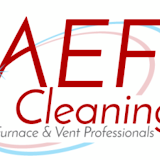 Pete Henry
Very professional and did a great job at a reasonable cost. Hope to use Isaac and his team in the future.

Gol Hoghooghi
It is so rare to find no nonsense, experienced and sincere knowledgeable workmanship these days. After calling many places, who have not heard of, let alone be able to fix, a floor unit furnace, Jeff not only knew the name of these types of units, but was able to detect and assess to find the problem. He researched and found a reasonable unit that would suite the building and did so in a timely manner and a very caring old fashion communal service. I was able to leave the problem in their hand, because the trust was established right away that they know what they are talking about and how to resolve it. They take the worry and nonsense time consumption out of the equation. They are now my only to go to for any fireplace, furnace needs. I did not have to worry about second guessing their knowledge or service, nor their service people.

Karen Dierst
Very professional and knowledgeable. And pricing is reasonable. I spent many years with a company that charged 3 times as much for yearly maintenance. I'm very lucky to have found this one to replace them.

weetinyway
The service technicians were very knowledgeable and did an amazing job. They took care to not damage my home or property while here. They offer premium services at a valued price. I highly recommend them!

David Miyasaki
We needed our ducts cleaned at my business as my staff was experiencing many issues with allergies. I took over the business and noted that the HVAC had not been cleaned for many years. Aurora Edmonds came and cleaned the ducts quickly and it has made a huge difference! Would highly recommend using their services.

Ian Taylor
Excellent service! Isaac was on time, answered all our questions, and did a great job!